Every year since 2003, the Graf von Faber-Castell Collection has presented the Pen of the Year, a fountain pen made of particularly exquisite materials. As limited editions, each one tells of eras and peoples whose deeds have had a decisive influence on the development of mankind and its culture. 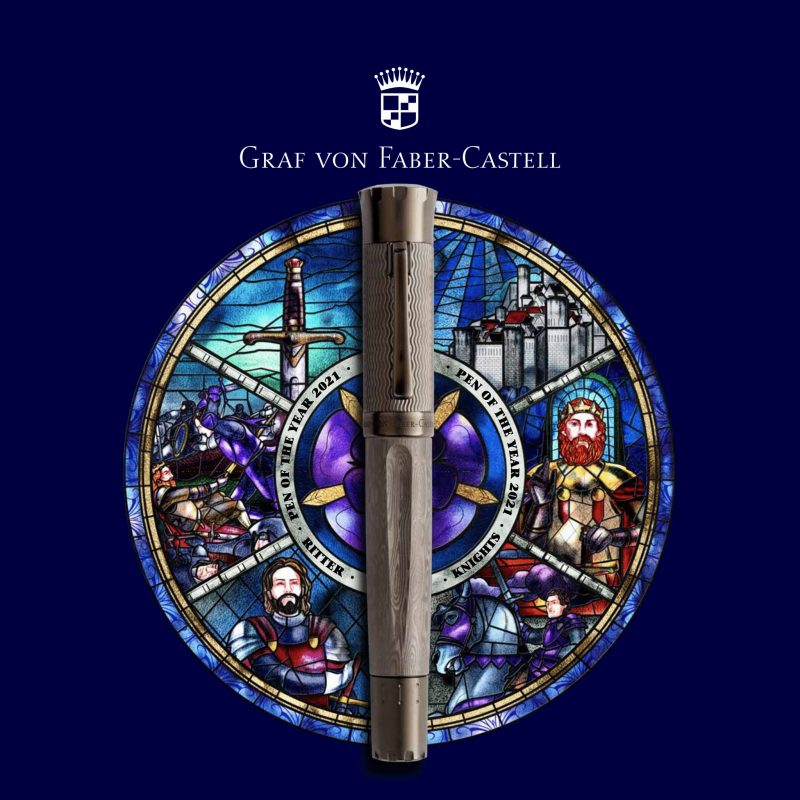 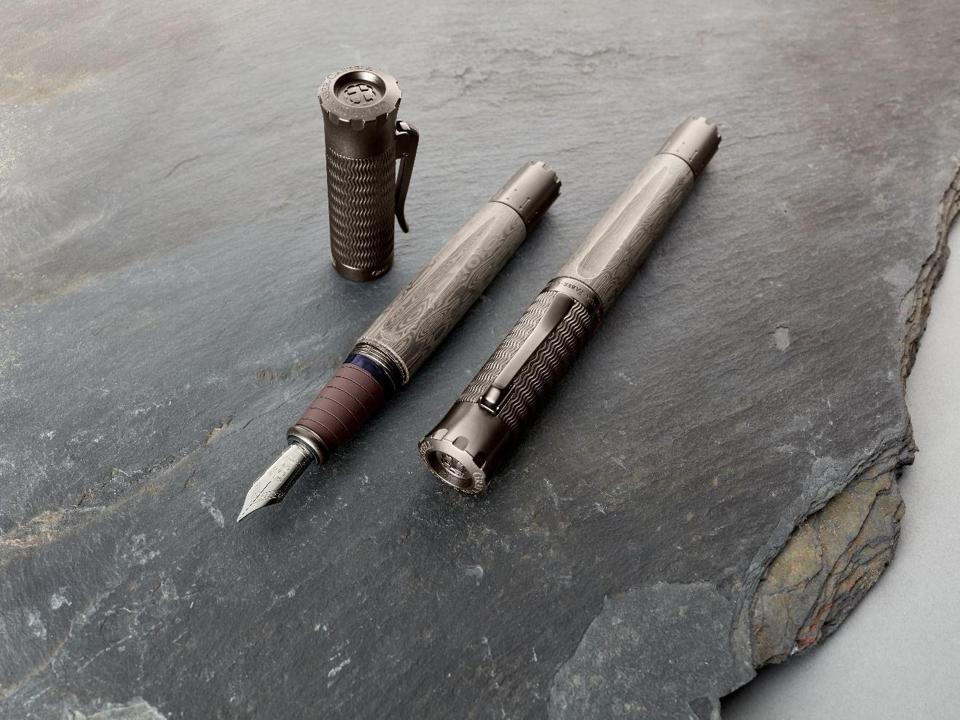 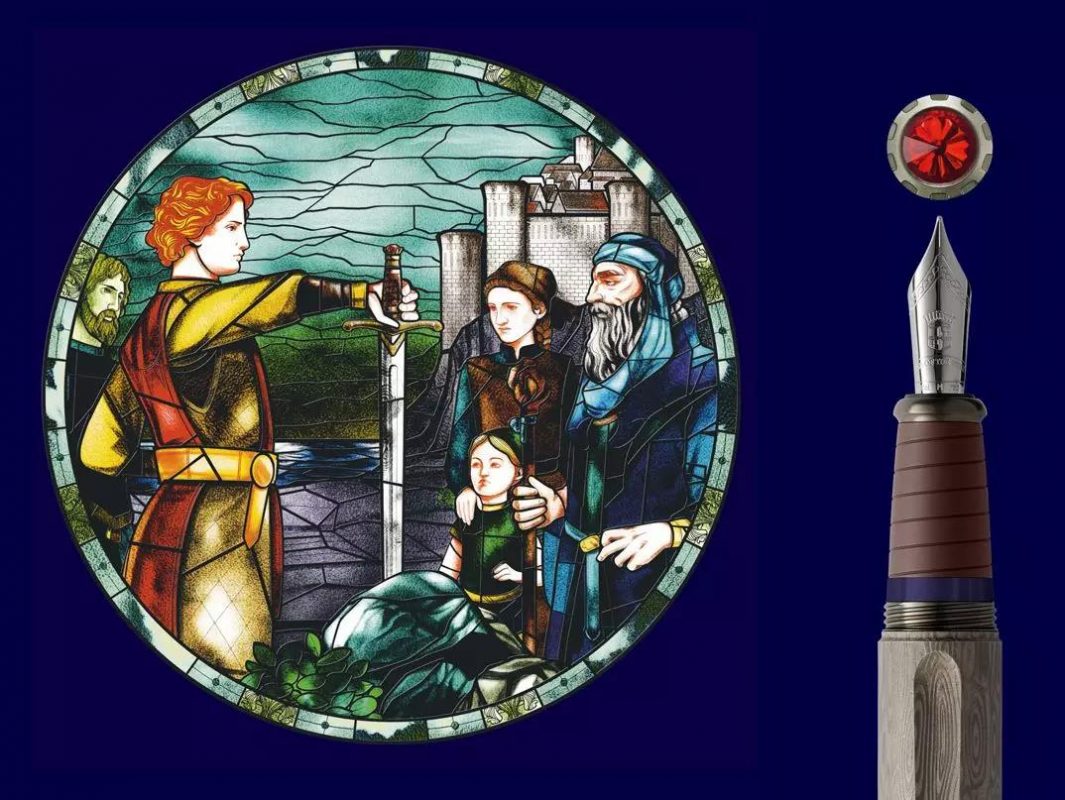 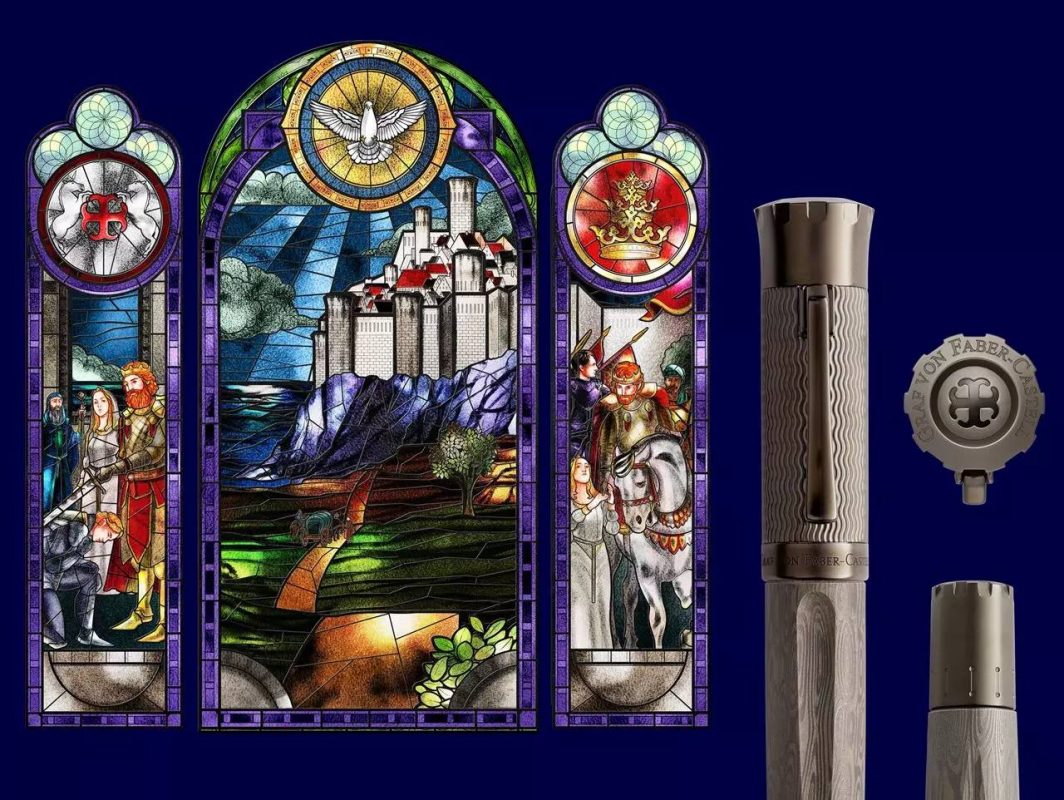 King Arthur, the Holy Grail, the Excalibur sword: words and terms that immediately transport you into a world of adventures and battles, of legends and stories, of virtue and bravery. This legendary realm of knights, which can so wonderfully fire the imagination, inspired Graf von Faber-Castell to create the Pen of the Year 2021.

Every year since 2003, the Graf von Faber-Castell Collection has presented the Pen of the Year, a fountain pen made of particularly exquisite materials. As limited editions, each one tells of eras and peoples whose deeds have had a decisive influence on the development of mankind and its culture.

The fact that the Pen of the Year 2021 is now dedicated to the heroes of the Middle Ages is also related to the history of Faber-Castell itself. The company, which was founded exactly 260 years ago, owes its unmistakable identity to its noble name and centuries of tradition, in which the Counts and Lords of Castell defended knightly virtues such as bravery and care for their subjects. The symbol of this is the characteristic Faber-Castell motif with the two fighting knights who are wielding pencils instead of lances.

Chivalry: a virtue in great demand
Heroism, generosity, courtesy: these are the core values that the knights of the Middle Ages cultivated and which they put above all else. The childhood of a knight ended early: young noblemen who were chosen for this career became pages for the families of knights or on larger farms at the age of seven. There, they were trained for 14 years in various disciplines.

At the age of 21, the young men were finally knighted so that they could defend their masters faithfully and, of course, fight for them from that time forward. Martial arts, hunting, horseback riding, dancing and climbing were on the programme as well as learning courtly manners and virtuous behaviour, which would serve to strengthen their social interaction.

Chain mail and the cross of hope
What did knights need to be prepared for battle? One of the most important parts of their armour was the chain mail. Made from up to 20,000 interwoven steel rings, it was an almost impenetrable armour that often enough prevented serious injuries from stabs or blows.

The cap of the Pen of the Year is reminiscent of this delicate structure which allowed optimal mobility with maximum protection. Its matt, anthracite-grey surface, refined with a resistant PVD titanium coating, is characterised – like the steel mesh during use – by a light shimmering effect.

The construction of the knights’ castles also served to ward off potential attackers and the similarly titanium-plated end pieces on the cap and the barrel of the Pen of the Year are reminiscent of the characteristic tower battlements, which provided important cover for the defenders. The barrel’s end piece also features fine grooves in the style of arrow slits.

The knights also knew how to use strong symbolism: the cross moline, which was considered a sign of hope in the Middle Ages, decorated coats of arms and shields – on the Pen of the Year, it can be seen on the top of the cap.
A precious, deep red gemstone in turn embodied light and truth: the garnet.

In the Middle Ages, it was used for jewellery, weapons and as a burial object. Because of its hardness and high refraction of light, it shone particularly intensely and was also called “carbuncle” at that time. This unique effect is perfectly replicated by a faceted garnet with a sunray cut in the Pen of the Year’s end piece.

The art of forging
Because the strongest generally prevailed in those days, a knight’s sword fighting skills played just as central a role in his life as the nature of his weapon. A sword forged by a master craftsman from Damascus steel, which is particularly hard and flexible at the same time, was considered to be almost magical.

The extraordinary qualities of the sword, essential for rapid combat, were achieved through repeated welding and folding of different types of steel, creating an iridescent, undulating pattern. The barrel of the Pen of the Year 2021 is made of steel with these same characteristics.

The unique shimmering surface of each model shows that the 375 fountain pens and 125 rollerball pens are truly unique. In the Middle Ages, so-called blood grooves provided further stability in swords with the lowest possible weight. The barrel of the fountain pen also features two grooves – making its outline appear even more elegant and dynamic.

In those days, to ensure that the sword could always be handled safely and effectively, the sword handle was wrapped with a sturdy leather strap. On the Pen of the Year 2021, this element is represented by the brown, strikingly fluted grip, which guarantees a firm grip and even writing curve.

Unique masterpieces
The ruthenium-coated 18-carat gold nib of the Pen of the Year 2021 is available in nib widths M, F, B and BB. This special edition is limited to 375 fountain pens and 125 rollerball pens. The “Knights” Pen of the Year is stored in a highly polished black wooden box. A certificate bearing the signature of Count Charles von Faber-Castell confirms that they are part of a limited edition. 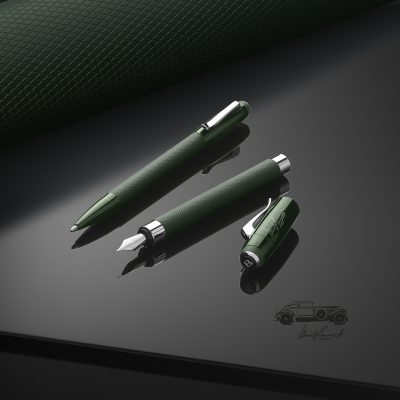 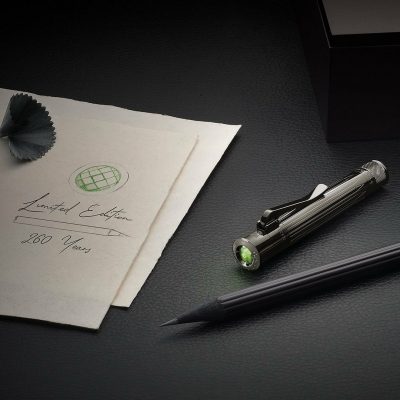 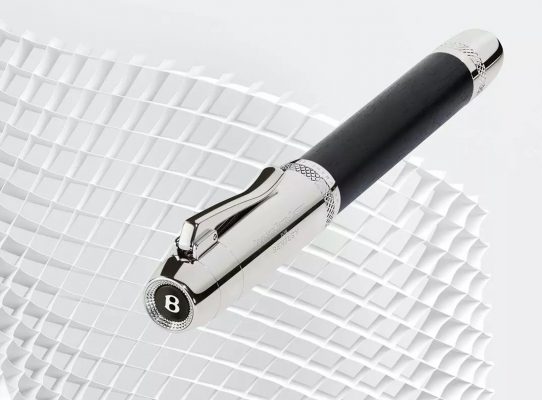 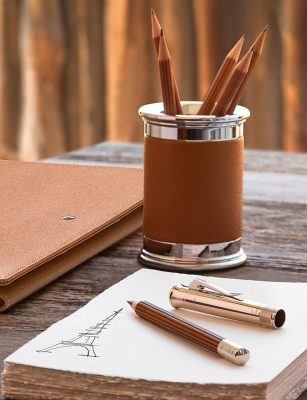