The fountain pens inspired by Arman’s art are the product of a search for new forms of expression in an effort to innovate writing with an objet d’art tracing the history of writing in parallel with modern art and with the French artist’s creativity. 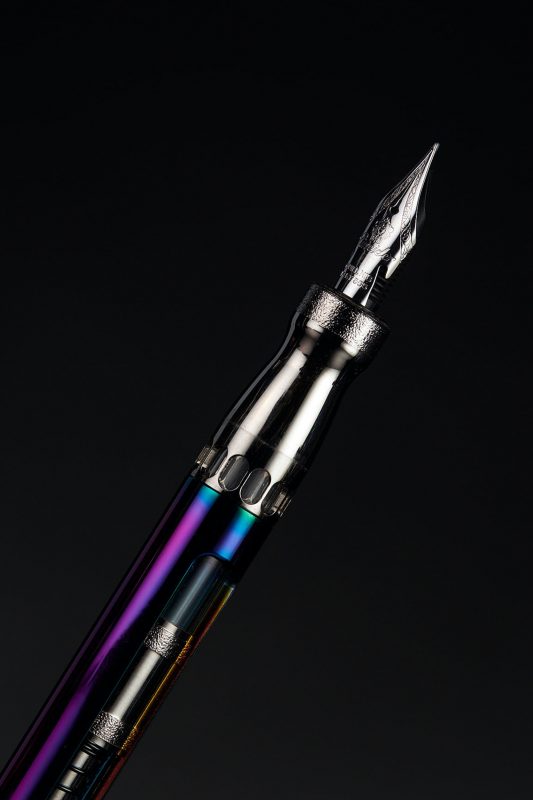 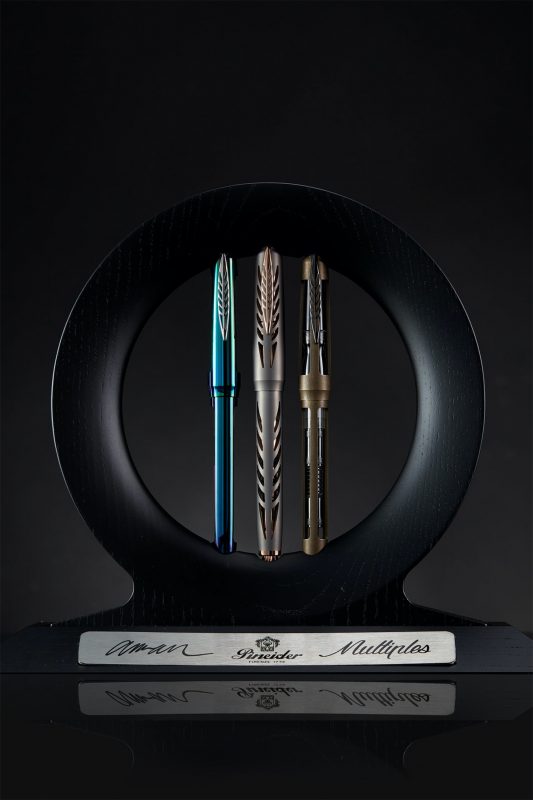 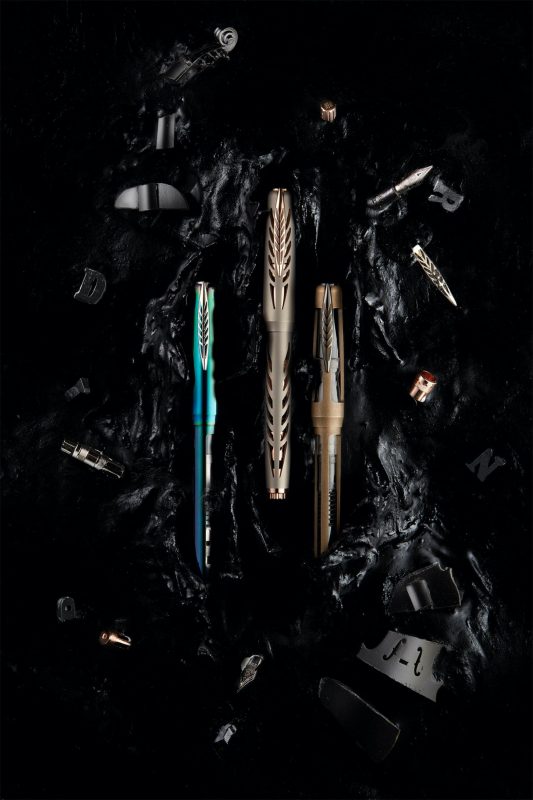 The term modern art denotes the style and conception of the art proper to its era and, on a broader level, to the artistic expression that expresses a kind of “rejection” of the past and an amenability to experimenting. Modern artists experimented with new visual forms and put forward their original takes on the nature, materials and function of art, alternating more “realistic” periods (in terms both of the techniques used and of the subjects chosen) with more “symbolistic” or “expressionistic” periods, up to and including pure abstraction.

Arman was one of the greatest exponents of Nouveau Réalisme, an artistic trend based on narrating mankind through his everyday objects (shoes, wristwatches, coins and so forth). In consideration of the multiple techniques that he used, Arman is thought of as a painter-sculptor. He himself was to define himself perfectly as “un peintre qui fait de la sculpture”. His work, strongly influenced by Dadaism and by Pop Art and now to be found in the collections of the Metropolitan Museum, of the Tate Gallery and of the Centre Pompidou, stretches from paintings to monumental public sculptures and to his famous accumulations of objects of everyday use and to their irreverent desecration and destruction.

“I specialise in everything and I have never been an amateur” is a phrase that captures the full breadth of Arman’s art and of his boundless creativity. The fountain pens inspired by Arman’s art are the product of a search for new forms of expression in an effort to innovate writing with an objet d’art tracing the history of writing in parallel with modern art and with the French artist’s creativity. Like Arman’s objects, so our fountain pens tell the story of man through the creation of everyday items, using the concepts of multiple slashes and of accumulations constantly intersecting in the three models.

Night & Day has two continues apertures, giving the pen an exaggeratedly sliced look, the entire mechanism virtually coming into contact with the writer’s hand in what I would call a very “Arman” concept of a pen.

Trilogy encapsulates the concept of slices and multiples by repeating the slicing motif every 120 degrees and thus generating a multiple, symbolising accumulation and repetition.

The third pen, Doppler, encapsulates the two concepts and extends them to the clip, whose motif is repeated on both cap and barrel, offering an impression of obsessive and continuous repetition.

The object of this repetition is a feather, the symbol of Pineider’s entire range and a fetish of writing in the broadest sense of the term, with a doppler effect extending from the clip to the cap and barrel. The clip is a skeletal feather where voids and solids play on the style of Arman, emphasising the feather’s proportions, thus each pen – Night & Day, Trilogy and Doppler – contains the exact morphology of its accumulation or of its break.

Artwork: Cut out at 90 ° and clip motif filigree 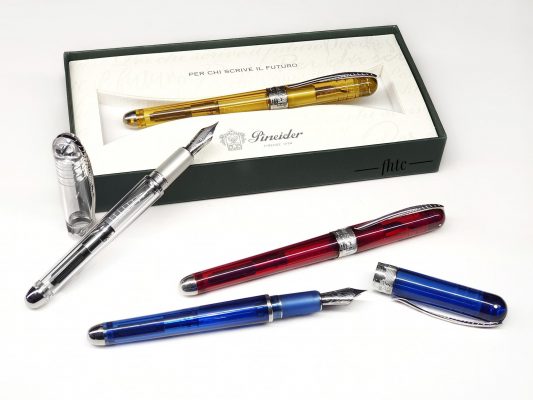 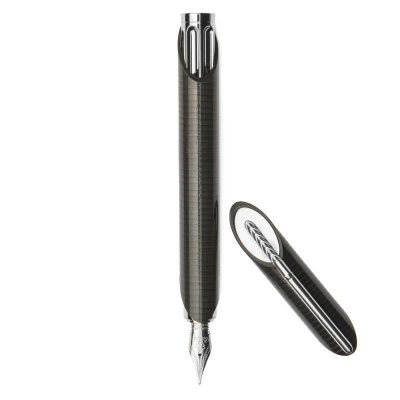 Back to the Future LE